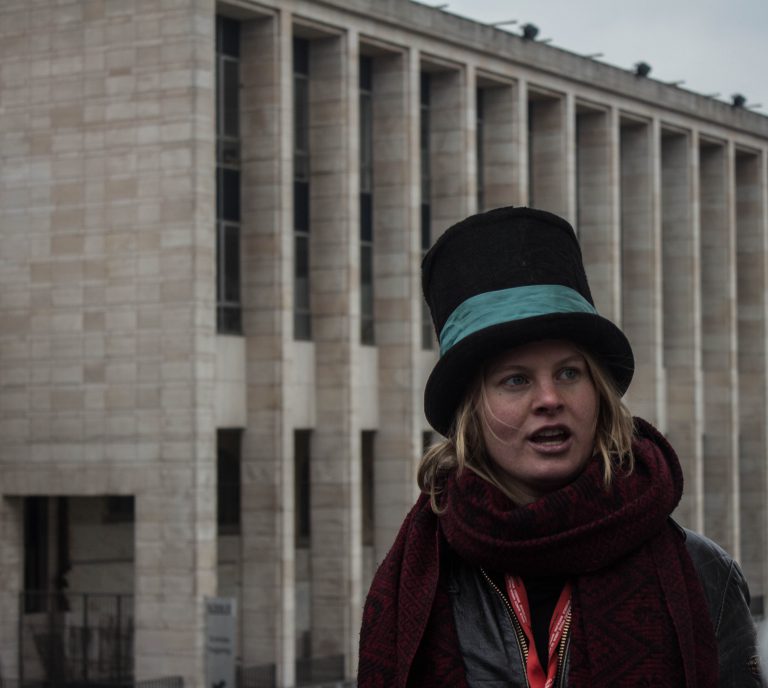 I open up a newspaper and it is filled with articles about Trump, Brexit and the rise of Extreme-Right in Europe. I open up my FB page, and my activist friends post pictures and videos showing demonstrations, protests and riots. The rainforest is on fire and the world seems to be too.

Why would I start a positive impact Tour Company in a time like this? A time where it is abundantly clear the amount of hours we fly is directly linked to the problems we encounter with climate change? While there is a traveling elite crossing borders freely while others with a much more pressing need are stuck behind fences in horrific circumstances?

I started being a tour guide 6 years ago, after coming back from a 9 months travel myself. It was a journey where I learned more about myself, other cultures, and the world than I ever could have learned from a book. I came back to Amsterdam in June, the weather was beautiful, the terraces were full of smiling people, the canals were crammed with boats cruising around and I thought to myself: “I will get myself a summer job, and get a ‘real job’ later.” So I became a guide and I loved it. I met people from all over the world, not just people from Australia, the US and Canada, but also Brazil, the Philippines, Kazachstan, Dubai and Colombia.

Way too fast the summer was over, and I found an internship at a NGO that gave legal advice to refugees. A demanding job that didn’t give the satisfaction I was looking for. Everyday there were people crying in my office, everyday I had to explain to them again the asylum policies of the Netherlands. I started to feel more and more like I was part of the problem, not of the solution. So I quit and I got back to guiding. My mother didn’t understand it and I barely understood it myself, I had worked so hard for 6 years to get a law degree, to get a masters in public international law, to specialise in human rights and now I would throw it all away, to become a tour-guide?

But on every tour I talked about Amsterdam and we started to discuss all kinds of things, things that really matter, like refugee policies, gentrification or the colonial system. I met people working for NGO’s, a Kurdish writer from the Guardian, a buddhist from Thailand, a gay rights-activist from Peru.

I was working when Trump got elected and I talked with people from the US, I was working during the Brexit vote and I talked with people from the UK. I was working while the terrorist attacks happened in Paris and Brussels, I had people from Hongkong on my tour during the protests, and people from Taiwan a week later who explained their fears for the Chinese government. On every tour I could feel this sparkle of hope, standing there all together with a group of people from all over the world, standing in Amsterdam, a city that’s a symbol of freedom and tolerance, this moment we looked each other in the eye and we knew in the end, we are all in it together.

So last summer, me and Katjalisa started thinking, what if we build a tour company that is based on these premisses, a company that offers tours that creates understanding and connection and plants seeds of hope for the future, a real fair-trade tour company? So we took a leap together, and we founded Tours that Matter: a company that provokes people to take different perspectives and open their minds, a company that supports local artists, initiatives and activists; a company that doesn’t only make Amsterdam, but the world a better place!