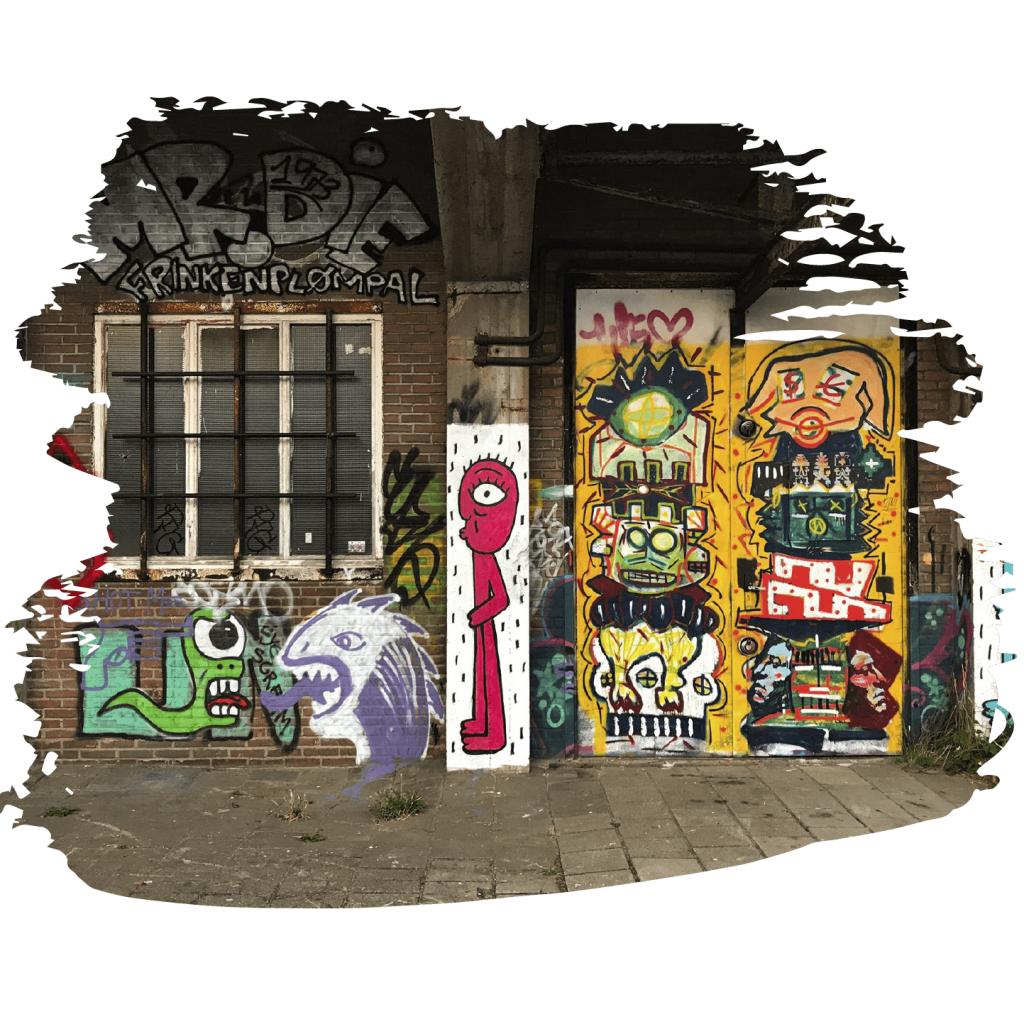 IS THERE STILL SPACE FOR ALTERNATIVE CULTURE IN AMSTERDAM, OR IS EVERYTHING ABOUT MONEY NOWADAYS?

Let’s Talk History
In the 17th century Amsterdam had the biggest harbour of the world. In the end of the 19th century, the ships grew too big for the harbour and the wharf moved to the north, the NDSM.

What we see today
After the glorious era of Dutch shipbuilding ended, a group of city nomads, craftsmen, and artists converted the former shipyard into a breeding ground for creative talent. We visit an art exposition in the NDSM ART City warehouse. An internationally known breeding ground of artists, artisans and other creative businesses who have built a large cluster of studios in the former shipyard.

The Future
Real estate prices are going up, MTV and other companies moved in. There is a Hilton hotel now, and the former shipyard crane has been turned into luxury suites. But creativity cannot be stopped and will always find new ways, you just have to know where to look!

Give Back
A portion of the cost of your tour ticket goes to the NDSM foundation that supports the artists, artisans and other creative businesses in this large cluster of studios in the former shipyard. 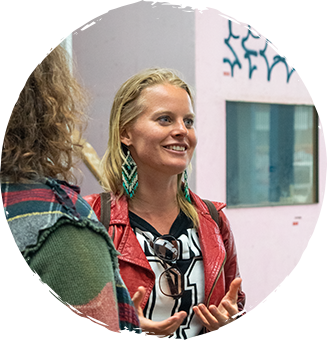 “Not many people realize the impact of the squatting movement on Amsterdam. Many beautiful parts of the city would have been demolished if it wasn’t for them. I’ve lived in squats for almost a decade and I’ve learned how to oppose speculation and gentrification with ideals, solidarity and creativity.”

Giving back to amsterdam

By asking communities how our tours can enrich and give back to the places we travel to, we create tours that help preserve the beauty and culture of Amsterdam. 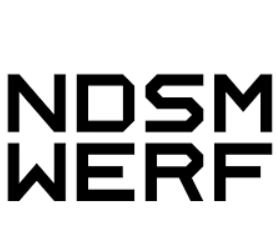 A portion of the cost of your tour ticket goes to the NDSM foundation that supports the artists, artisans and other creative businesses in this large cluster of studios in the former shipyard.

No Events
All Tour Dates